How’s business? So far so good?

If there is one thing about American small businesses, it is that they are fearless and resilient. Prior to the CV19 situation, the American economy was blazing along like it had rarely, if ever, seen before. How are things going for everyone now? The small business referral network, Alignable, took a quick pulse of American small business to see how things are going as of the end of July. The following stats and findings come directly from their published research: 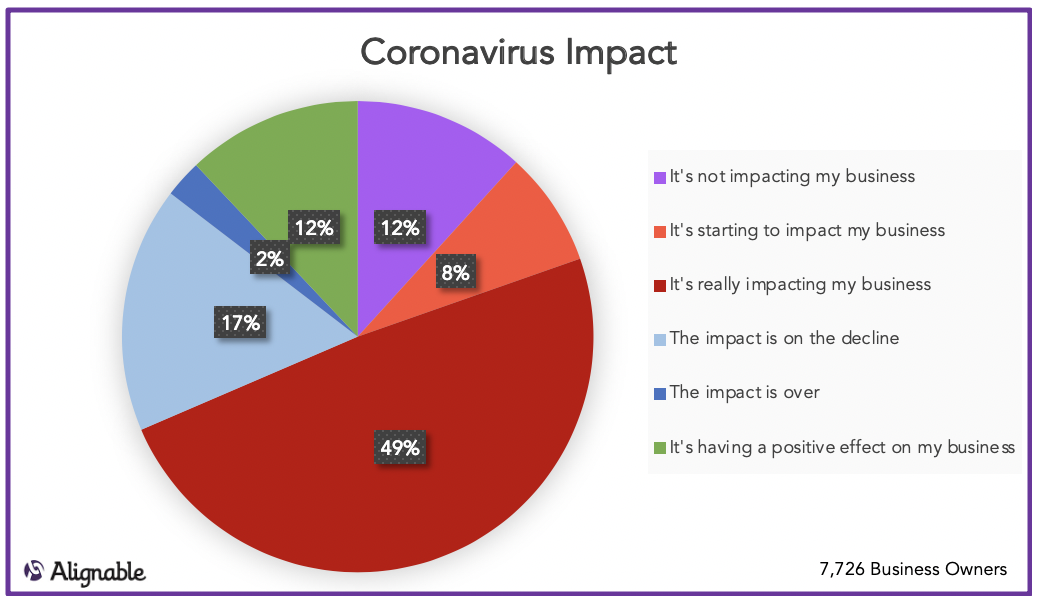 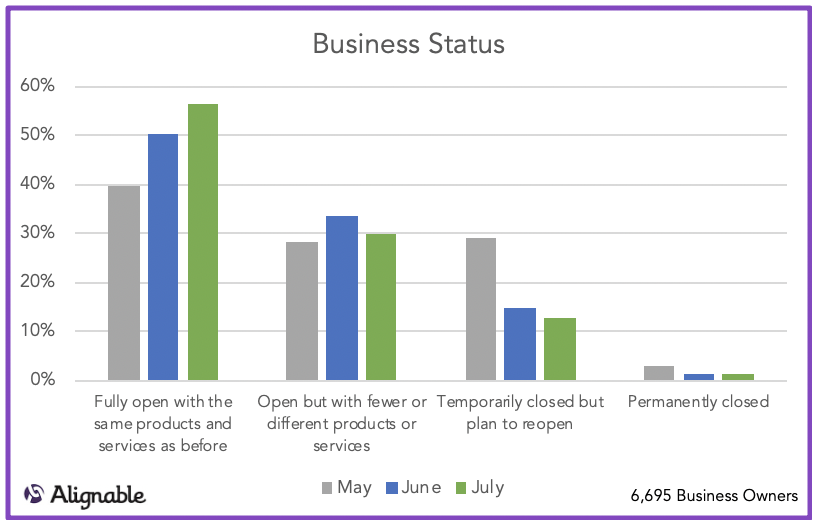 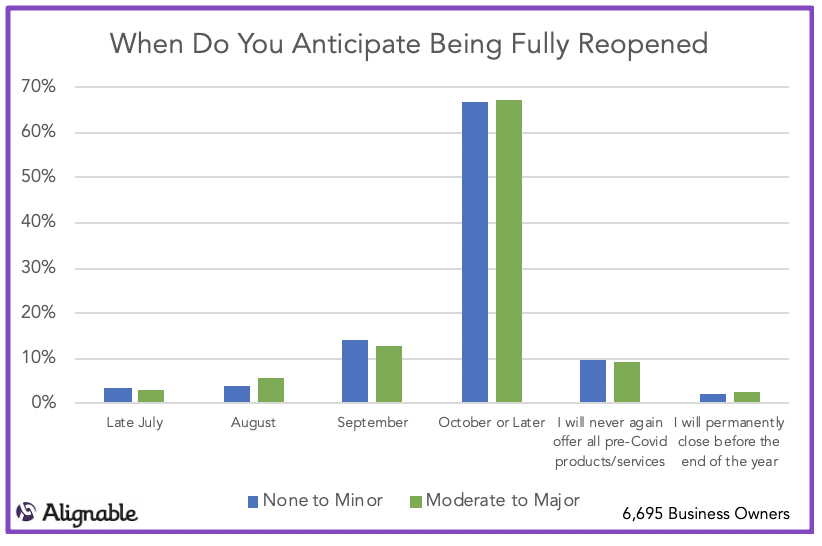 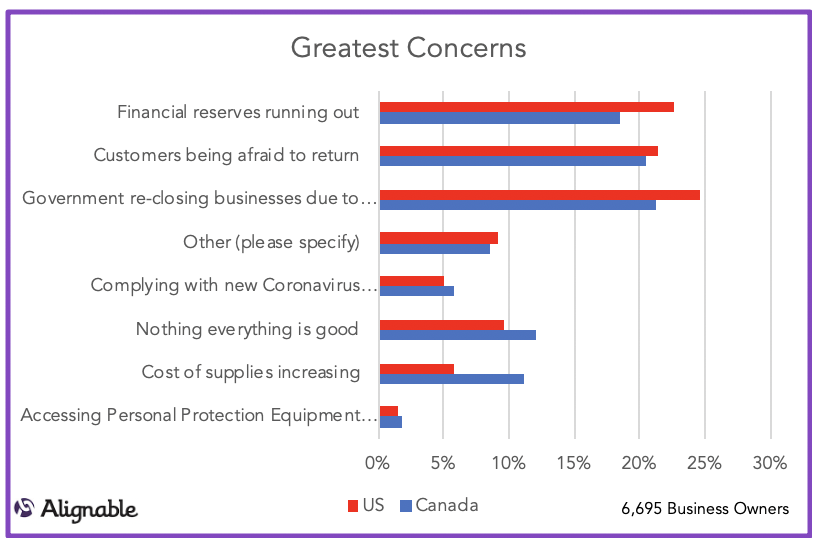